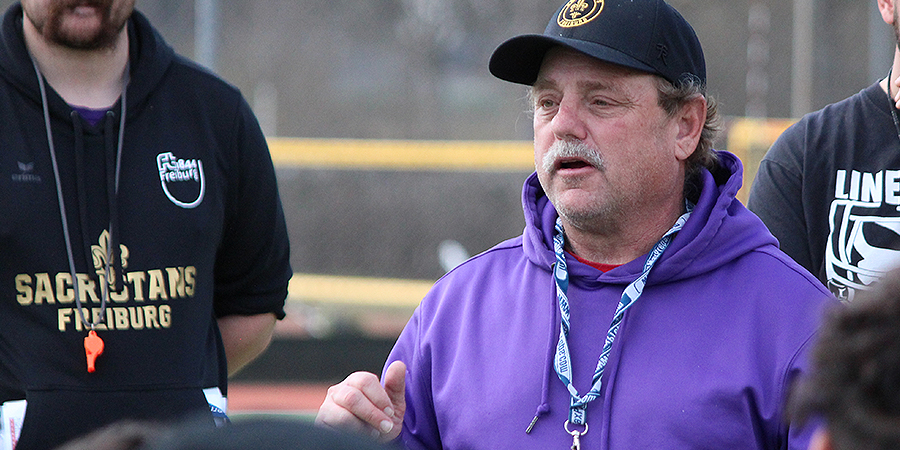 How was your arrival in Freiburg?
It was good. I arrived a little earlier than I had to, but that gave me time to see how things were progressing before we started practices on the 31st of January. I think the first week of practices set a good tone for what I’m trying to do and that‘s partly because I had time to settle in and watch a few workouts before the first practice.

How do you like the Black Forest?
I love it. It’s wonderful to leave my apartment and be hiking in the woods five minutes later. I’m looking forward to more of this as the weather gets nicer this spring. But in the meantime, I’ve had a few opportunities to get up into the mountains and ski, something I’m always excited to do.

How do you evaluate the first weeks with the performance team?
Football-wise, all I can do is judge how we’ve progressed over the five practices we’ve had. I’m satisfied that the team is progressing each time we take the field. I’m happy with the turnout, but also a little worried about our depth at certain positions. The attitude of the players seems really good and I’m also impressed by the organization and expertise the assistant coaches have brought to practice.

How do you see the Sacristans and their organization compared to your first German stint in Ravensburg?
The player numbers, number of assistant coaches and on-the-field organization in Freiburg is far higher than when I arrived in Ravensburg in 2015. However, Ravensburg had much better practice and game facilities, huge community support (Sponsors and fans)…and we had outstanding contribution from our American imports.
All these factors are important. For the Sacristans to approach the success that the Razorbacks have enjoyed the past seven years, the organization will have build support, sponsorships and improve facilities.
These are long-term discussions. This season, I’m excited for the challenge of winning in the 3rd league without American imports. It will be interesting to see how successful we can be with this model.

From your almost 35 years of coaching experience, where do you see the biggest potential for the team in Freiburg?
Potentially, there is no reason we can’t be a successful team in 2022. More than any other sport, in football, you get what you deserve. The team that puts in the most practice hours, works hardest at conditioning and training, and has greatest number of players buying into the system usually has the most success. It’s a question of what we do and what our competition is doing.

…and where regarding the organisation?
This is a question about support. Can the city of Freiburg become football fans and get behind this team? Will sponsorships come from fan support? Will increased fan support lead to more people interested in playing football?
If the answers to these questions are YES, then there is no reason this organization can’t be a huge success in the 3rd league. If the ultimate goal is 2nd or 1st league success, then the discussion must include the teams‘ willingness to bring American import players.
I agree with managements current strategy of trying to build a solid foundation with German players and coaches, strong youth programs and a developmental adult team to prepare players for 3rd league play. This model has been successful for 3rd division teams and can be again.

What do you expect from the newly formed development team that will play its first season?
The goal for the developmental team is to play competitive football and teach the skills new players need in order to eventually play for the performance team. Many football skills are unnatural at first and the only way to build them is slowly, with well-coached repetitions. Learning these skills alongside and against more advanced players can be very frustrating. The devo team will let players develop at a slower pace.

You don‘t promise a championship as the ultimate goal for the season. Perfecting the process and thereby become better and more successful and eventually win a lot of games, that is your credo. What is your personal goal for the first year in Freiburg?
My goal is always to put a well-prepared team on the field that plays as close to it’s potential as possible and improves during the course of the season. What our potential is, I don’t yet know. That will depend on the strength of the other teams we play.
At this point in the pre-season, I don’t worry about the other teams. What they‘re doing is out of our control. Our focus must be on ourselves and getting a little closer to perfection in everything we do.

Given the growing media attention of the sport in Germany - with the NFL coming to Munich this year - what potential do you see for the German amateur teams?
Germany has long been, by far, the most advanced football country in Europe. German coaching is improving every year and the level of competition here is far better than in any other European nation. That the NFL recognized this and is trying to build further interest is overdue and probably will create a surge in participation.
It is hard to say what the future will look like though as things are so unsettled. The rise of the ELF, teams quickly rising and falling as they gain and lose sponsorships, new teams being formed and stealing talent from other teams. These have long been features of German football and will likely continue to be.
For the growth of the German football PLAYER however, there will likely be a real rise. Improved coaching and youth teams should mean more players with the ability to play in American colleges and professional leagues. I expect we’ll see more of those stories in the next ten years.

"There is no sport on the planet that requires the level of teamwork as football."

Especially in the youth teams (not only in Freiburg) there are a lot of kids missing to have competitive rosters. Having worked with athletes on both sides of the pond, you know the different attitudes of north american and european players. Why should kids start playing football over here?
The reason sports are taught in North American schools is maybe the best tradition of American education. The goal of American education is to develop the student academically, but also physically and emotionaly. Teaching football serves no academic purpose, but when done well, it builds better people.
There is no sport on the planet that requires the level of teamwork as football. For this reason, football is an outstanding activity for teaching character traits such as self discipline, sacrifice and toughness. No matter how great an athlete you are, football success is never EASY. You have to work for it. Because successes in this sport are so hard to EARN, those successes are more rewarding than in any other team sport I know.

In this context, what does it take to play the game of football? What mindset and skillset should a potential player bring to the table? And what ist more important? Mindset or skillset?
Toughness and work ethic.
I spoke about how in football, you get what you deserve. This is true for the individual player as well as for a team. If a player is tough and is willing to work hard, he can be successful in this sport. Even a gifted athete cannot come out for football and be GOOD immeadiately. He may learn the skills more quickly than a poor athlete, but only if he is physically tough and has a good work ethic. Mindset is much more important than skills in a new player. With the right mindset, the skills can be learned. 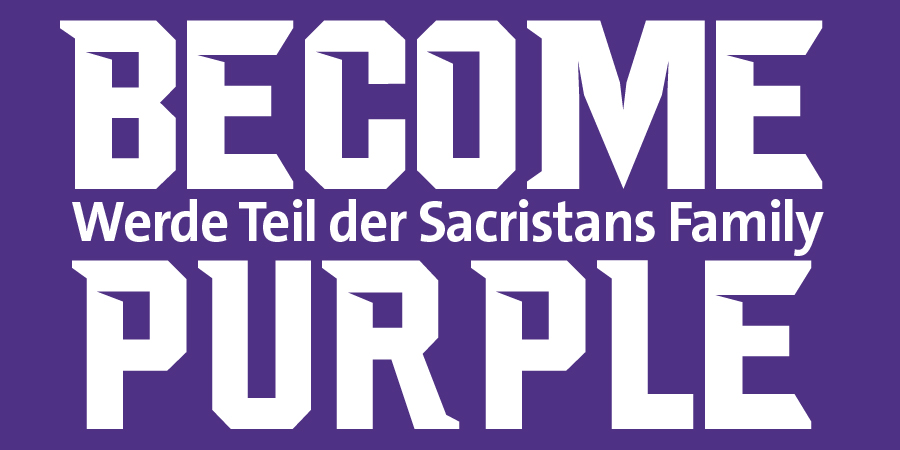 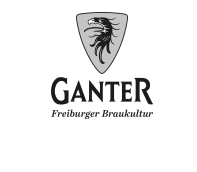 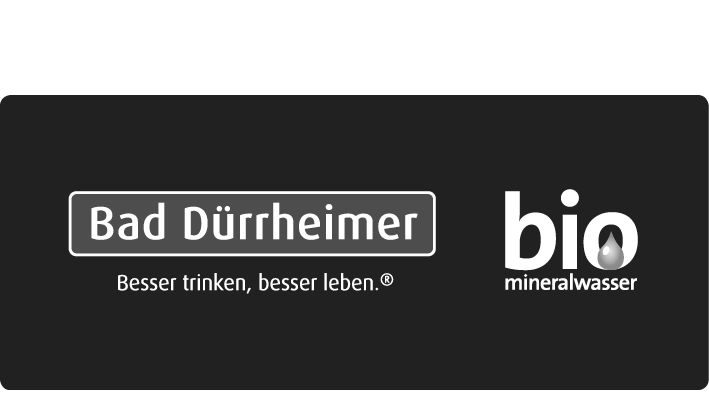 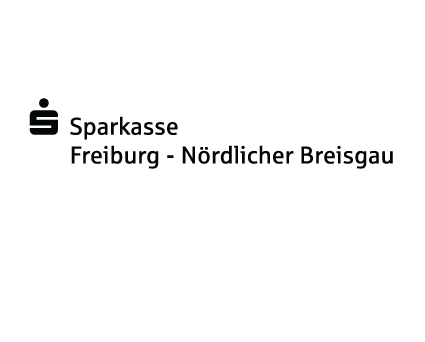 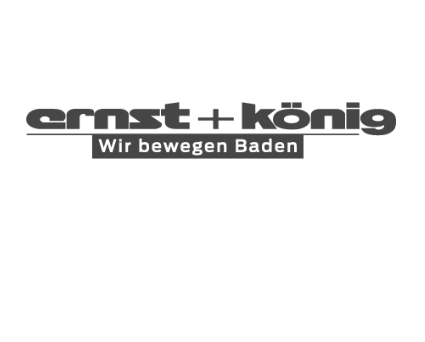